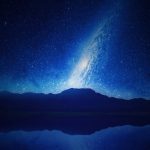 Phil and Stephen discuss mysteries both cosmic and small-scale.

The Greatest Cosmic Puzzle: Astronomers Find Stars That Appear Older Than The Universe

The oldest stars we’ve found in the Universe are nearly pristine, where almost 100% of what makes them up is the hydrogen and helium left over from the Big Bang. They come in at over 13 billion years old, with the oldest at 14.5 billion. And this is a big problem, because the Universe itself is only 13.8 billion years old.

Any other possible explanation?

Footage of a purported Tasmanian tiger sighting has been released, but the experts are yet to agree the species is back from the dead.

The vision was recorded last November and was shown at a press conference by a group called the Booth Richardson Tiger Team (BRTT), which has been trying to track a thylacine.

The team said they had 14 cameras in an area within 50 kilometres of Maydena, changing the sites every fortnight.

The Orville — Hit or Miss?