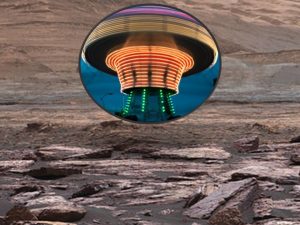 Is Elon Musk working to build a colony on Mars that would provide earth-like gravity via massive spinning cities? At least one pundit believes that he is. Blogger David Kelly at transhumanity.net writes about how much of the prerequisite tech for Mars is being developed:

Musk has the Fundamental Technology for a 1G Colony on Mars

Tesla. (Electric cars and self driving tech)
Two prerequisite technologies that Musk is not working on: