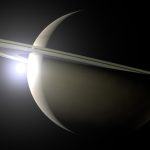 Cassini beams back the closest EVER images of Saturn

NASA’s Cassini spacecraft continues making history. As Cassini is plunging into Saturn, the spacecraft has managed to send back to Earth unprecedented, stunning images from its descent down the mysterious gap located between Saturn and its magnificent rings.

Zuckerberg: Facebook Is Working on a Brain Interface That Lets You “Communicate Using Only Your Mind”

“Tomorrow, we are going to update you on all of our work on connectivity. We have a team right now in Arizona preparing for our second flight of Aquila, our solar powered plane that’s going to help beam down internet connectivity to people all around the globe, and we’re going to update you on a lot of the other technology that we are building too. You’re going to hear from Regina Dugan about some of the work that we’re doing to build even further out beyond augmented reality, and that includes work around direct brain interfaces that are going to, eventually, one day, let you communicate using only your mind.”

Futurists want to transform Black Mirror’s dystopia into something better

Netflilx’s Black Mirror has the tech world worried about the dystopian future that the science fiction show depicts. To counter that, a group of futurists, creators, and hackers are gathering in Los Angeles to envision a “White Mirror,” or a society where technology can inspire us instead.