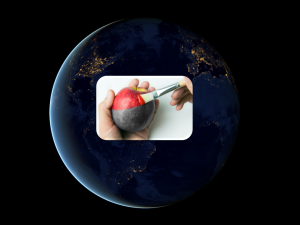 There are those who believe that they are not living in the same universe they used to. They have moved from one reality to another. Their evidence for this fundamental shift in reality? The spelling of the name of some fictional bears. (Others look at what might be considered somewhat more serious alternate timelines.)

Phil and Stephen explore some major reality shifts that are occurring now or are likely to occur in the near future, including:

Reality is changing all around. Can you keep up? Join us and explore.