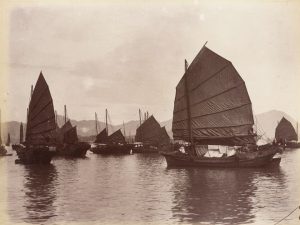 Phil and Stephen imagine a what-if world in which 15th-century China did not abandon its naval dominance.

500 years ago, China destroyed its world-dominating navy because its political elite was afraid of free trade

In the 1400s, China owned the greatest seagoing fleet in the world, up to 3,500 ships at its peak. (The U.S. Navy today has only 430). Some of them were five times the size of the ships being built in Europe at the time.

What if they hadn’t?

The space company said in a statement that the two individuals have “already paid a significant deposit” to do a Moon mission. Initial training, along with health and fitness tests, are set to occur later this year, SpaceX continued.

Finally talk some Rogue One