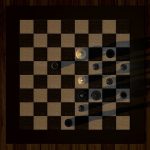 New Cancer Drug Is So Effective Against Tumors, the FDA Approved It Immediately

A small but significant new study is blowing experts away after it found that a particular cancer drug overwhelmingly helped shrink or eradicate tumors in patients whose cancer had resisted every other form of treatment.

Today, an IBM-led group of researchers have detailed a breakthrough transistor design, one that will enable processors to continue their Moore’s Law march toward smaller, more affordable iterations.

Purdue researchers have developed technology for an “instantly rechargeable” battery that is affordable, environmentally friendly, and safe. Currently, electric vehicles need charging ports in convenient locations to be viable, but this battery technology would allow drivers of hybrid and electric vehicles to charge up much like drivers of conventional cars refill quickly and easily at gas stations.

AI Learns How to Create Human Faces From Scratch

There’s nothing more popular in the science and technology world today than artificial intelligence (AI). With companies like Google now pushing an “AI-first” policy, not to mention AlphaGo’s show of dominance against the best Go players we humans could come up with, it’s pretty clear that AI is here to stay – and rise.