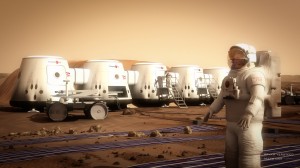 The Mars One program intends to establish a permanent human settlement on the planet Mars. If all goes as planned, crews of four will depart every two years, beginning in 2024 — with the first unmanned mission to be launched in 2018.

Mars One has been recruiting candidates for its initial missions and has recently announced 100 finalists from whom will be selected the first human beings ever to set foot on the planet Mars. Sabrina Surovec, one of the 100 finalists, joins Phil  and Stephen  to talk about our future on Mars and beyond. Are we entering the era of human exploration and settlement of the solar system? 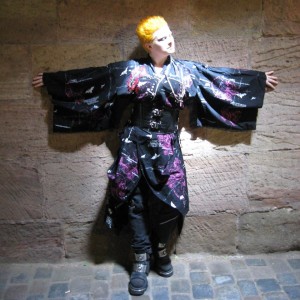 Sabrina Surovec was born in Houston, Texas and moved to Austin to attend the University Of Texas, where she graduated with a bachelor’s degree in music.  During that time she spent a summer abroad in Germany studying music and neuroscience, and discovered a love for travel.  She’s since visited over 25 countries and ended up living in Japan for the past 13 years.

She is currently the co-founder of an online English teaching company and she also works as a professional musician and photographer in the Japanese music industry.  She has always had a love for knowledge, particularly about space, and a desire to visit the ISS or participate in some kind of space tourism once it becomes more readily available.  Those are just some of the reasons she decided to apply for the Mars One mission.