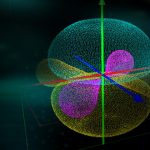 Phil and Stephen discuss recent progress towards the original model of Nanotechnology as described by K. Eric Drexler in his book Engines of Creation.

Eric Drexler’s Vision of Nanotechnology is Making a Comeback

In 2016 the concept of advanced molecular machines received a significant boost in its public image when Jean-Pierre Sauvage, Fraser Stoddart, and Bernard Feringa were awarded the 2016 Nobel Prize in Chemistry “for the design and synthesis of molecular machines.”