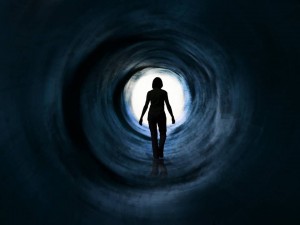 Which is exactly what Russ Taylor, lead author of a forthcoming study in the Monthly Notices of the Royal Astronomical Society, thinks may be happening. As Science News reports, Taylor suspects the eruptions are all being steered by filaments, a sort of scaffolding along which matter congregates on a cosmic scale. If the hypothesis is correct, it could help explain how our universe’s present structure came to be.

When we can no longer tell AI from people, should we stop trying?

The Case Against Reality

A professor of cognitive science argues that the world is nothing like the one we experience through our senses.

A new weekly feature — extra geeky goodness just in time for the weekend!