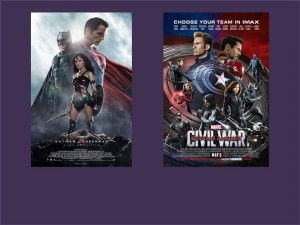 Everybody has been pretty hard on Batman vs. Superman but what are its good points?

Civil War: the ultimate in comic book big-screen entertainment or just fan service driven to a ridiculous level? (Or both?!?)

Plus OTHER Other Geek

Phil with some thoughts on the latest developments on Silicon Valley.