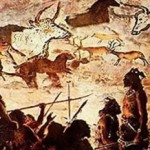 Futurist Ray Kurzweil is on the record predicting that humanity will move forward 20,000 years in the 21st century. Just to provide a little context, 20,000 years ago we were living in a different epoch. At that time we were 12,000 years shy of agriculture and the earliest vestiges of civilization.

We’ve come a long way since then. Is it really possible that we might cover the same distance in the next century? And if so, what will our lives and our world be like 20,000 (that is to say, 87) years from now?

PLUS: an update on the world’s longest book.

Find Additional Technology Podcasts with The World Transformed on BlogTalkRadio