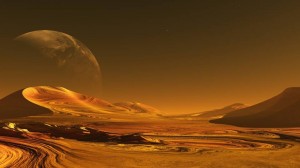 Phil and Stephen discuss the prospects for extreme life extension.

If you’re alive in 30 years, chances are good you may also be alive in 1000 years

First human to be made younger via gene therapy?

Could gene therapy help you live forever? CEO of controversial firm claims she has successfully carried out first anti-ageing treatment – on herself

Elizabeth Parrish, CEO of Bioviva, has been using therapies for 6 months
Parrish says she is first human being to be rejuvenated using gene therapy
She says the therapy was able to reverse 20 years of telomere shortening
Telomeres are the caps on the ends of DNA strands called chromosomes
They act as ‘buffers’ against wear and tear, and delay the ageing process