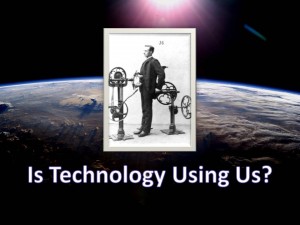 From a recent TechCrunch piece by Christian Cantrell:

This is only one example of how technology has a tendency to self-propagate; to use humans as a vector to create copies and mutations and derivatives of itself; to recursively generate demand for itself in order to not only ensure its own survival, but its constant and even exponential proliferation. The relationship between humans and technology is becoming increasingly enmeshed, and in some cases, even ambiguous.

So what’s the deal, here? Do we have a respectful and mutually nurturing relationship with technology, or are the machines just telling us what we want to hear until they get what they want? Special guest P J Manney joins Phil and Stephen to explore this increasingly complex relationship.

PLUS: what’s new with PJ? Potentially some very exciting stuff!