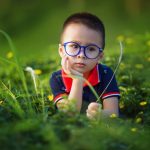 Phil and Stephen welcome life extension researcher and visionary Dr. Aubrey de Grey to discuss the sometimes puzzlingly negative views much of the public seem to have about efforts to fight aging.

A question Aubrey raises in Visions for a World Transformed:

What possesses people to defend the existence of the phenomenon that is far and away the most likely thing to kill them – and not only that, but to do so slowly and painfully?

How is it that the elderly are themselves guilty of ageism?

What is the pro-aging trance?

Methuselah Mouse project as proof of concept for fighting aging

Is the first human being who will live to the age of 1,000 already among us?