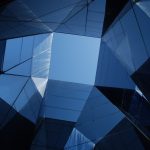 Phil and Stephen explore the increasingly blurry line between fantasy and reality. Are we on the verge of a reality crisis?

Where Does Reality End and Imagination Begin? In the Future, We Might Not Know

“The line between what it means to be dreaming and what it means to be awake is going to become very interesting,” says Jordan Greenhall, CEO of Neurohacker. Virtual reality is perhaps the easiest way to conceive of that concept right now, but it’s just one piece in a much larger body of accelerated technology on the horizon..

Prescription Video Games May Be the Future of Medicine

Akili is a Boston-based tech company that has used Neuroscape’s core technology to develop a mobile game called Project: EVO. The goal is make Project: EVO so powerful, that it could potentially help treat children with ADHD — as a prescription-based video game.

This Week In Science