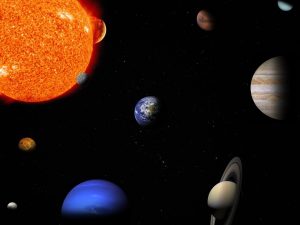 Phil and Stephen ask the question: has the space age truly begun?

After more than two years of landing its rockets after launch, SpaceX finally sent one of its used Falcon 9s back into space. The rocket took off from Cape Canaveral, Florida, this evening, sending a communications satellite into orbit, and then landed on one of SpaceX’s drone ships floating in the Atlantic Ocean. It was round two for this particular rocket, which already launched and landed during a mission in April of last year. But the Falcon 9’s relaunch marks the first time an orbital rocket has launched to space for a second time.

On Thursday, SpaceX successfully launched a previously-used rocket, a historic first that puts the company firmly on the path towards its promise of low-cost space flight.

SpaceX CEO Elon Musk described the fairing recovery as “the cherry on the cake” of the reused rocket launch.

How big a deal is this, really?

How does a reusable rocket change the dynamics of commercial space development?

Is a reusable rocket the killer app of commercially exploiting space?

If so, why did we ever use disposable rockets?

Related: was the space shuttle program anything more than a tragic near-miss? We weren’t reusing the most important part!