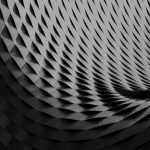 Phil and Stephen explore some wacky and practical implications of research suggesting that our brains may operate in up to 11 dimensions.

Swiss Scientists studying the brain using an advanced mathematical system have discovered that it operates on up to 11 different dimensions, creating multiverse-like structures. The researchers were able to uncover architectural structures that appears when the brain has to process information, before they disintegrate into nothing.

Parallel Realities, the Multiverse and Consciousness – My Theory

We are unconsciously and consciously living in a multiverse of infinite parallel realities all the time; they are all around us. We don’t usually consciously experience them because what we call consciousness only allows us to experience one simulation at a time.

Want a Lifetime of Better Brain Function? Science Says Stop Doing This (It’s Not What You Think)

Stop only doing what’s easy and pleasant. If you’re in a great routine at work, break out of it by adding new responsibilities. If you’ve got an effective workout that you can do without even giving it much thought, add some new elements or up the ante by making it longer and more intense.