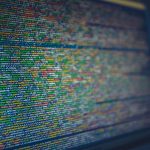 Quantum computers have already been built by companies like IBM and D-Wave, but Chinese researchers have taken a different approach. They are introducing quantum computing using multiple photons, which could provide a superior way to calculate compared to today’s computers.

The company says it has developed deep learning software capable of learning without the need for servers running in the cloud, enabling a new generation of smart cars, children’s toys and industrial machines.

Last week, researchers published a paper detailing an artificial intelligence system made to help discover new drugs, and significantly shorten the amount of time and money it takes to do so.