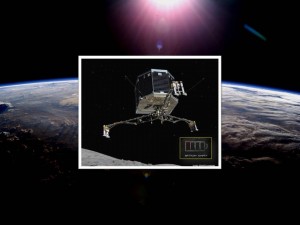 Phil and Stephen discuss the triumph that is this week’s historic landing of the Philae space probe on comet 67P, and the odd circumstances by which unwanted shade and low battery life might cut the mission short.

In an oddly related story, the Hubble Telescope has just celebrated its 25th anniversary.

In other news, scientists are doing creepy mind-control experiments that really work (and that perhaps aren’t all that creepy — or technically even “mind control,” come to think of it.)

PLUS — will it soon be possible for anyone to have a young mind — no matter how old they are?