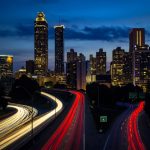 J. Storrs (Josh) Hall joins Phil and Stephen for a discussion of his contribution to Visions for a World Transformed, “Let’s Get Back on the Henry Adams Curve.” How do nuclear power, nanotechnology, and artificial intelligence hold the key to a future of unlimited energy?

Photo by Joey Kyber on Unsplash.