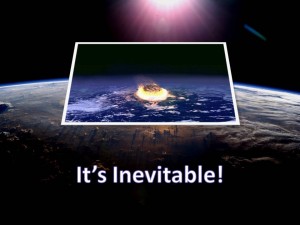 We look at a lot of scenarios for what might happen in the future — cool technological developments, major advances in science, new evolutionary developments for humans and for other species on this planet — but are there any future developments that we can say with any certainty will happen?

Hosts Stephen Gordon and Phil Bowermaster introduce the Inevitability Scale, a tool for gauging whether a specific future outcome is inevitable. We will take a look at how some future events stack up when measured for inevitability:

What can we say for sure that we know is going to happen?

Tune in and explore