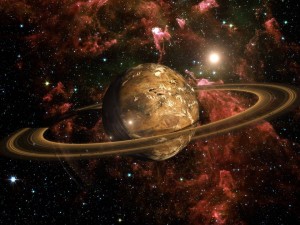 Researchers in the US have been analysing the chemical composition of Saturn’s largest satellite, and think the presence of hydrogen cyanide (HCN) molecules in the atmosphere could pave the way for different forms of life to evolve.

We Found a Planet Twirling Between Three Suns

And scientists can’t yet explain how it got that way.

Stars are vanishing. The reasons why could reveal clues about alien life

Uppsala University is researching what happens to stars that seemingly ‘disappear’

Astronomers have discovered another dwarf planet in the Kuiper Belt, the ring of icy objects beyond Neptune