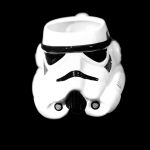 Are science fiction conventions the key to solving all of the world’s problems?

What surprises await us in PJ’s next book?

Tune in and find out! (Well, maybe one or two, anyway.)