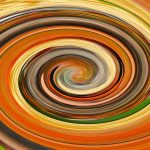 Phil and Stephen interview participants at Convergence 08, an “unconference” gathering of people interested in cognitive tech, nanotech, biotech, and artificial intelligence. The event was held in 2008 (obviously) at the History of Computing museum in Mountain View, California.

We did quick interviews with as many interesting people as we could squeeze into our 1-hour timeslot.