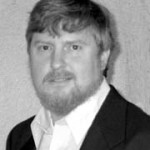 Some ponderings from J. Storrs Hall in the form of excerpts from his book, Nanofuture.

A well-used basketball is covered with a layer of sweat, oils, dead
skin cells, and living bacteria. This layer is thicker on the scale of
the basketball than the layer of life, the biosphere, is on the scale
of the Earth. This layer contains not only all intelligent life, but
all known life of any kind, in the universe.

The biosphere seems huge and limitless to an individual human. For
humankind as a whole, it’s beginning to get a bit tight around the
elbows. Edward O. Wilson, the eminent biologist, suggests that homo
sapiens may well already have exceeded the long-term carrying capacity
of the biosphere in the late twentieth century. It’s completely
clear that we’re well over the capacity of the environment to feed us,
absent large-scale agriculture. And that means agriculture with
irrigation and synthetic fertilizers–simple farming won’t do it.

To get an idea of how precarious a position we’ve gotten ourselves
into, simply consider what would happen if some new disease did to
wheat and rice what the Dutch Elm fungus did to elms in the US since
1930. It wouldn’t really matter whether the disease were man-made or
entirely natural.

The human species is vulnerable because everything we are, need, and
value is here in this vanishingly thin film of life on one planet. And
yet we are increasing the load we place on the biosphere, both in
resources per person, and in the number of people.

It’s worth pointing out that land, in the form of O’Neill colonies,
can be built in such a way as to accomodate extensions of Earth’s
biosphere. Population pressures on Earth put our values for babies and
wildlife directly at odds with each other. The asteroids alone could
provide the material for colonies with 20,000 times the land area of
Earth. No species need be crowded out of existence. Country or
wilderness living can continue to be an option, although a
full-fledged rotating, shielded colony will always be more expensive
than a simple “house in space.”

If there’s “only one Earth,” and everyone lives here, and everything
that humans do is done here, retaining significant chunks of the
biosphere as nature preserves will become harder and harder as time
goes on. If we move into space, however, the Earth will ultimately be
less than one percent of one percent of the total livable area humans
have available. It seems much more likely that a significant portion
could then be set aside, and a large proportion of living species
saved from extinction.

In the long run, of course, we’d better be living other places than
the Earth or the next “dinosaur killer” asteroid will drop the
curtains on our little show. The chance of this happening in any given
year, however, are about the same as your chances of both winning the lottery
and being killed in an auto accident in the same year. People being
what they are, I wouldn’t count on any major projects being undertaken
on the basis of that risk any time soon. Still, we’ll be safer as a
species in the long run with our eggs in several baskets.

There are other dangers to worry about, though. It’s always been the
case that a major plague could wipe out a large fraction of
humanity. We’ve grown complacent with modern antibiotics, and we may
even have a right to be, as nanomedicine advances. However, the
increasing sophistication of biotechnology makes it likely that quite
nasty plagues could be created from scratch. This could happen either
as a purely malicious act by a madman or terrorist, or by semi-accident.
Consider a scenario where delinquent youths release killer plagues for
a thrill, believing that no major harm will be done because of advanced
nanomedicine. This would correspond to today’s “script kiddies” who
write computer viruses. Then one of the plagues evolves to be just a bit
trickier than the current defenses can handle.

Replicating nanomachine infestations are also a possibility, though
the biotech ones will be possible sooner. And good old fashioned
nuclear terrorism won’t go away–nor will state-sponsored nuclear war.
Frankly, I don’t expect to see any of these threats taking a sizeable
bite out of the human race in the next century, but I do expect to see
increasing restrictions of freedom of activity, movement, inquiry, and
information in an attempt to forestall them.

A Balance of Powers

Certainly it seems that nothing could have been more obvious to
the people of the earlier twentieth century than the rapidity
with which war was becoming impossible. And as certainly they
did not see it. They did not see it until the atomic bombs burst
in their fumbling hands. Yet the broad facts must have glared on
any intelligent mind. All through the nineteenth and twentieth
centuries the amount of energy that men were able to command
was continually increasing. Applied to warfare that meant that
the power to inflict a blow, the power to destroy, was
continually increasing. There was no increase whatever in
the power to escape.
–H. G. Wells, The World Set Free

There is a natural balance in the capabilities for destruction and
transportation in any given level of technology. A man with a sword
might slay a family unawares in his village but he’s unlikely to best
five other men with helmets and shields. A man on horseback can chase
down peasants on foot, but others on horses of their own escape him.
Chemical explosions confined in steel cylinders give the gun a great
destructive range, but in the automobile they give people the ability
to live out of gunshot from each other and still engage in daily
commerce.

The most destructive technology of the twentieth century, the nuclear
explosive, could similarly have extended the range of practical
transportation. The NERVA and ORION rockets could have opened up the solar
system, and nuclear power plants could have powered colonies on places
like the Moon and Mars, and operations like O’Neill’s lunar mass
driver. This was not done, of course, and the impact of nuclear
technology has remained strongly biased toward the destructive. This
seems to be typical of technology that remains largely in government
hands, and the phenomenon has contributed to a perception of
technology as more dangerous than good in the twentieth century.
There’s a pernicious feedback effect: the perception of dangerousness
feeds the restriction, which in turn prevents the general public from
gaining experience and finding beneficial uses for the technology.
Thus most uses found are for military applications, feeding the
perception of dangerousness.

It’s not all a question of technology, of course. The bounds of the
Earth put us in a “boxing ring” that is large compared to horse or
automotive technology, but small compared to rocket and nuclear. With
nanotechnology, it will shrink again. Biotech weapons are the first
where a single person can carry something that would threaten a
substantial fraction of humanity. They will not be the last.
Nanotechnology gives us the ability to move outside the box. It makes
possible single-family dwellings in space that are comfortable,
self-sufficient–and hundreds of miles apart. A terrorist with a
hydrogen bomb, facing such a spread-out population, would be reduced
to the destructiveness of the man with a sword.

There are several implications. First is the obvious: given someone
with such a weapon and the will to use it, the risk he imposes would
be cut by a factor of a million. That means that such an act would not
have anywhere near the political effect of Earth-based terrorism, so
the motive to do it in the first place would evaporate. Life in space
could be both free and safe. You could trust you neighbors even if you
didn’t watch them constantly. A cluster of homes in a quintillion
cubic miles, tiny on the scale of the solar system, could easily be a
more tightly-knit community than a 20-mile square of city on the
Earth’s surface.

Back on Earth, we’re all living in the same soupbowl. Any accidental
or purposeful release, whether replicator or merely poison, pollutes
the one atmosphere we all breathe. Nanotech defenses and
countermeasures are certainly feasible and, I believe, will prove to
be effective; but once you are wearing a skinsuit and breathing
filtered air anyway, the jump to a spacesuit doesn’t seem all that
great.

Finally is simply the question of the quality of life. People
will usually take the choice of more room over less, all other things
being equal. They will choose safety over danger, freedom over
restrictions. They will have families. They will seek affluence over
poverty.