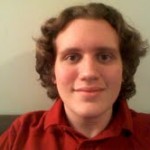 We’re asking each of the participants in The World Transformed to give us their thoughts on one major coming transformation. Here are Thomas McCabe’s answers

1. If you were to pick just one current or coming transformation that you would advise people to focus on, which one would that be?

2. What should we be doing about it?

In general, treating it as an important problem. Right now, if I reached into my pocket and pulled out a stick of dynamite, everyone would automatically know that this object was important: that it’s worth paying attention to, thinking about, and being cautious around. Almost no one has that same reaction to human-designed intelligences, even though they are far more dangerous.

Probably just the annihilation of Earth, hell-worlds are relatively unlikely