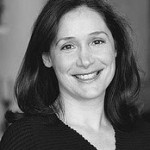 We’re asking each of the participants in The World Transformed to give us their thoughts on one major coming transformation. Here are P. J. Manney’s answers

If you were to pick just one current or coming transformation that you would advise people to focus on, which one would that be?

Neurotechnologies: they touch on our sense of self and identity, perception of reality, free will (or the lack thereof), and agency in the world. These technologies include neuromarketing, pharmacuticals/nootropics, brain-computer interfaces, among many approaches.

What should we be doing about it?

There are huge ethical issues surrounding neuro and cognitive technologies. Who chooses them and/or controls them? Who gets them? What happens if some get them and others don’t?

What’s in it for us if we get it right?

If we get it right, we can increase humanity’s collective intelligence; have better decision-making, especially surrounding big issues like existential risks; live longer, healthier and happier
lives.

If we don’t mind the ethical and political problems underpinning such powerful technologies, we could easily have every host of social manipulation imaginable, including mind control and slavery.