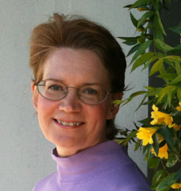 Christine Peterson writes, lectures, and briefs the media on coming powerful technologies, especially nanotechnology. She is the co- founder and President of Foresight Institute, the leading nanotech public interest group. Foresight educates the public, technical community, and policymakers on nanotechnology and its long-term effects.

She lectures on nanotechnology to a wide variety of audiences, focusing on making this complex field understandable, and on clarifying the difference between near-term commercial advances and the “Next Industrial Revolution” arriving in the next few decades.

Her work is motivated by a desire to help Earth’s environment and traditional human communities avoid harm and instead benefit from expected dramatic advances in technology. This goal of spreading benefits led to an interest in new varieties of intellectual property including open source software, a term she is credited with originating.

Wearing her for-profit hat, she serves on the Advisory Board of Blue Oxen Associates. In 1991 she coauthored Unbounding the Future: the Nanotechnology Revolution (Morrow, full text online), which sketches nanotechnology’s potential environmental and medical benefits as well as possible abuses. An interest in group process led to coauthoring Leaping the Abyss: Putting Group Genius to Work (knOwhere Press, 1997, full text online) with Gayle Pergamit.

Peterson holds a bachelor’s degree in chemistry from MIT.