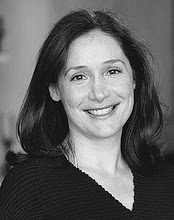 PJ Manney is a former chairperson of Humanity+. She graduated from Wesleyan University double majoring in Film and American Studies. She has worked for over 20 years in the communications field; first, in public relations for motion pictures at Walt Disney/Touchstone Pictures, then in story development for independent film production companies and writing for critically acclaimed TV shows like Hercules — The Legendary Journeys and Xena: Warrior Princess.

Patricia also co-founded Uncharted Entertainment,writing and/or creating many pilot scripts for television networks, including CBS, Fox, UPN, Discovery, ABC Family and Comedy Central. On transhumanist topics, she authored Why I Believe in Participating in the H+ Future and Empathy in the Time of Technology: How Storytelling is the Key to Empathy.

She lives with her husband and two children in California. She is presently writing a techno-thriller/H+ novel.