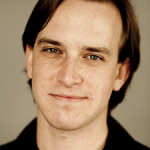 In 2005, at age 21, Michael Anissimov co-created the concept for the Singularity Summit, the world’s largest conference focused on transhumanist technologies. Under Anissimov’s tenure as Media Director at the Singularity Institute, the organization has been covered by GQ, Popular Mechanics, Popular Science, Playboy, The New York Times, Scientific American, NPR, Forbes, and a front-page article in TIME magazine. Anissimov’s personal blog, Accelerating Future, is among the most popular transhumanist blogs, with over 100,000 monthly uniques. Since 2005, he has accepted consulting contracts for over a dozen transhumanist organizations and companies, including stealth-mode startups. Recently, Anissimov’s writing was featured in a front-page article for IEEE Spectrum by former editor-in-chief of Scientific American John Rennie.