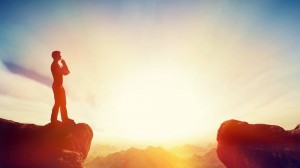 Phil and Stephen discuss solutions, currently under development, to some of humanity’s biggest problems.

Zuckerberg sees ‘better than human’ AI in next 10 years

What the bleep is an exocortex and why should we care?

Scientists Use Nanoparticles to Create a ‘Universal Treatment’ for Allergies

The discovery could lead to vastly longer lifespans for batteries in computers, smartphones, appliances, cars and spacecraft

This power station can harvest kinetic wave energy and turn it into electricity.

Uranium From Seawater Could Keep Our Lights On for 13,000 Years

The team created braids of polyethylene fibers that contain amidoxime, a chemical species that binds uranium. Tests show the new material has the ability to hold more than 6 grams of uranium per kilogram of adsorbent in 56 days of submersion in natural seawater.