Wired published a recent story about the take-over of robots – our jobs will, it argues, be mostly taken by robots.

Its hard arguing with the premise.  Robots are improving exponentially, humans… not so much.

After robots finish replacing assembly line workers, they will replace the workers in warehouses. Speedy bots able to lift 150 pounds all day long will retrieve boxes, sort them, and load them onto trucks. Fruit and vegetable picking will continue to be robotized until no humans pick outside of specialty farms. Pharmacies will feature a single pill-dispensing robot in the back while the pharmacists focus on patient consulting.

I think Wired might be overly optimistic about the pharmacists.  Why would a pharmacist be better at patient consulting than an AI?  The Jeopardy-playing Watson AI is being trained in cancer medicine and will, no doubt, be a better diagnostician than Dr. House someday.  Why would it not also be a better consulting pharmacist?

In fact, the last job people will ever do will be to give a human face to the AIs. 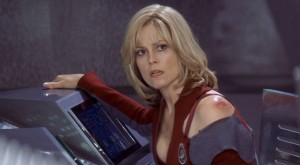 So that’s it: unemployed, or if lucky… getting a job repeating whatever a computer says.  Forever.  Pretty bleak, huh?

Fortunately when things change, more than one thing changes.  Humanity has been pretty static in its intellectual development for… quite some time.  But that is changing too.

We already live in a world where we operate as people much smarter than we, biologically, have any right to be.  If you’re over 35 you remember a time when ignorance was a little more permanent.  Because how much library time could a busy life accommodate?

I claim Google as a part of my brain.  It was a joke seven years ago when it was just my home and work computer I was talking about.  It’s much less of a joke today with smartphones.  The relationship between us and our technology grows more intimate over time.  Today its smartphones, tomorrow… well, Google is testing glasses that overlay data on the entire world.

A little further ahead our consulting AI pharmacist will buff up our biological intelligence, while engineers – AI and enhanced humans alike – build better and better bridges between us and our technology.  The bridges will grow in number and quality until the line between us is blurred to meaninglessness.