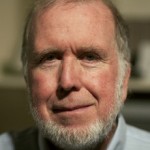 We’re asking each of the participants in The World Transformed to give us their thoughts on one major coming transformation. At his site, Kevin Kelly has some thoughts on embracing the impossible:

I’ve had to persuade myself to believe in the impossible more often. In the past several decades I’ve encountered a series of ideas that I was conditioned to think were impossibilities, but which turned out to be good practical ideas. For instance, I had my doubts about the online flea market called eBay when it first came out. Pay money to a stranger selling a car you have not seen? Everything I had been taught about human nature suggested this could not work. Yet today, strangers selling automobiles is the major profit center for the very successful eBay corporation.

I thought the idea of an encyclopedia that anyone could change at any time to be a non-starter, a hopeless romantic idea with no chance of working. It seemed to go against my general understanding of human nature and group interaction. I was so wrong. Today I use Wikipedia at least once a day.