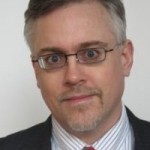 We’re asking each of the participants in The World Transformed to give us their thoughts on one major coming transformation. Here are James Hughes’ thoughts on one of the dangerous downsides of widespread automation:

If you were to pick just one current or coming transformation that you would advise people to focus on, which one would that be?

I believe the emerging technological impact that has received far too little attention, and which is already having wrenching effects, is the structural unemployment brought about by automation, IT-facilitated globalization and artificial intelligence. The balance of profit to be gained from investing in machines and software versus humans has tipped in favor machines and software. Where humans are still cheaper those humans can now be found cheapest in the developing world. This is why employment growth has been so slow in the “recovery” since 2009, and why we may slip into another global recession. Rising and persistent global unemployment will also likely increase political instability throughout the world.

What should we be doing about it?

Our highest priority should be the defense and protection of all social welfare systems, from unemployment benefits and universal healthcare to education subsidies, in order to slow recessionary pressures. But as structural unemployment accelerates, and is joined by radically lengthening lifespans and collapsing pension systems, we need a radical re-think of the relationship of education, work, leisure and retirement. We will need to advance radical solutions such as replacing pensions, Social Security, retirement, unemployment and disability insurance with a basic guaranteed universal income. We should experiment with reducing the hours in the work-week, and expanding public employment in spheres like education, the environment, social services and public works. We need to replace the K-college education model with a system of life-long learning and general skill enhancement for the rapidly changing occupations that are still available. All of this also requires increasing the progressivity of income and corporate taxes, and stemming the growing inequality between the top 1% and bottom 99%.  It means fighting anti-statist austerity trends, and promoting a redistributive vision of abundance.

What’s in it for us if we get it right?

If we can transition to a society in which the vast majority share equitably in the wealth generated by automation and AI, and build a culture in which identity is not based on wage labor but on learning and social contribution, then we can preserve and expand democracies and transcend our brief adaptation to wage labor. Birth rates will fall and lifespans will lengthen as access to anti-aging medicine spreads. Older people will stay productive in part-time and volunteer work, instead of crushing the welfare systems, and older, more equal societies will be more peaceful and sustainable. If there is a Singularity of some sort, it will be more likely to have egalitarian and beneficial effects than catastrophic ones.

To the extent that a global movement for technologically-facilitated social democracy does not emerge there will be widespread poverty, endemic violence and neo-feudalism. Reactionary theologies like radical Islamism and Christian fundamentalism will spread, and neo-Luddites will attempt to ban and smash the machines they identify as causing their ills. Emerging technologies such as nanotechnology and AI will be more often used for surveillance, social control, warfare and terrorism.