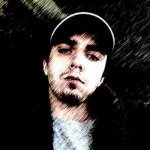 Jean-Sebastien B. Miousse is a visionary and futurist. He’s a big believer in the power of networking to make things work, which he has demonstrated through founding and being the driving force behind the Singularity Network.

He is also a composer for film/tv/game music. He attended Musitechnic in Montreal, where he studied sound, music and applied digital techniques. He is  a multi-instrumentalist, audio producer and orchestrator, currently producing his own music and preparing his digital release on all online stores including iTunes and ReverbNation. More information on his music can be found here and here.
Jean-Sebastien composed and produced the theme music for the World Transformed 2.