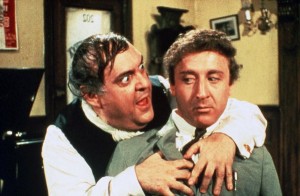 As discussed on last week’s show, the economy is currently undergoing significant change — little things like the elimination of the office, the elimination of employment as we know it, and maybe (eventually) the elimination or replacement of money itself! These transitions may prove incredibly painful, or just kind of painful. A key driver in making them as easy as possible is technology: the technologies that are turning us all into big-time consumers are advancing to enable us all to become big-time producers.

If we can be the ones independently producing goods or services, we can be participants in (rather than casualties of) massive economic change.

But to leverage such a transition we have to

1. Be aware of it
2. Decide to act on it
2. Carve out a niche for ourselves
3. Start producing

These are big steps for consumers to take! But they may be our best shot at avoiding economic meltdown.

Plus the change may need to occur beyond the economic realm. In order to make real progress in life in an era of accelerating technology / accelerating possibility, we can no longer just be “consumers” of outcomes (realized possibilities) produced by others. We have to start producing outcomes themselves.

We have to start making the future happen!

On this week’s show Will Brown joins Phil and Stephen to discuss how we can be all become “producers.” Don’t miss it!

Listen to internet radio with The Speculist on Blog Talk Radio 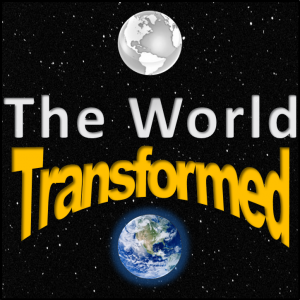 Will Brown is a US Navy veteran who served in the Far East during and after the Vietnam War, followed by employment in the Middle East and Europe.  He has worked in a variety of fields (aviation maintenance and assembly, material management and distribution, EMT, security, commercial welder, manufacturing and others) and has found the principles and intellectual assumptions presented in Sun Tzu’s The Art Of War to be relevant and beneficial over the course of his working and personal life.  Now approaching age 60, Will looks forward to applying those principles to whatever opportunity life may yet present him.  Will blogs at Where There’s A William, where his editorial viewpoint often reflects his interest in classical strategy and an unfortunate taste for low humor and bad puns.