Proof We’re Living in a Simulation

Jim Elvidge joins us for a three-part discussion of his new book, Digital Consciousness. In Part 1, Jim outlines the scientific evidence that the universe is digital. Sound crazy? There is a lot more evidence than you might suspect! 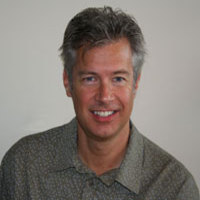 Jim Elvidge has applied his training in the high-tech world as a leader in technology and enterprise management, including many years in executive roles for various companies, entrepreneurial ventures, and leadership consulting. Jim also has years of experience as a science researcher, keeping pace with the latest developments in such fields as quantum physics, cosmology, artificial intelligence, nanotechnology, and metaphysical anomalies. This knowledge base provided the foundation for 2008 book, “The Universe-Solved!,” which presented evidence that our reality may be under programmed control. His research and theory has continued beyond the simulation hypothesis and incorporated powerful ideas around consciousness, cultural synchronicities, quantum anomalies, and a true scientific foundation for digital consciousness theory.