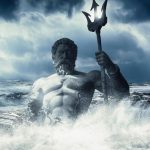 What would happen if we upload our brains to computers?

Robin Hanson discusses his book, The Age of Em.  Will our progeny be uploaded copies of human minds — worker bees of a vast new economy? Is this the next stage in evolution or is it a nightmare slavery scenario? And if the latter, did our smartphones somehow lead us down this path?

AI Will Colonize the Galaxy by the 2050s, According to the “Father of Deep Learning

Jürgen Schmidhuber asserts that, by 2050, there will be trillions of self-replicating robot factories on the asteroid belt.

In a few million years, robots will naturally explore the galaxy out of curiosity, setting their own goals without much human interaction.

Michio Kaku says that, like Zeus, we will control the physical universe with our minds. Like Venus we will have perfect, ageless bodies.

Seems that he has caught on to the idea of Sexy Immortal Billionaires with Superpowers!

Interestingly, this scenario is not incompatible with Robin Hanson’s view that all the actual humans will be retired in the Em scenario.