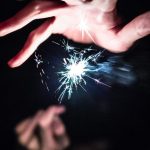 Phil and Stephen revisit ideas from recent shows. Should we keep kids off their electronic devices? Does VR make us more vulnerable or stronger when it comes to discerning the world around us?

Let them play: kids glued to phones could save UK, ex-spy chief says

LONDON (Reuters) – Parents who think they are being responsible by limiting their children’s time online should think again: they could be putting their kids and Britain’s security at a disadvantage, according to a former British spy chief.

“If you appear to be spending your holiday unsuccessfully attempting to separate your children from Wi-Fi or their digital devices, do not despair,” Robert Hannigan, a former director of the Government Communications Headquarters, wrote in the British newspaper The Telegraph.

How VR Gaming Will Wake Us up to Our Fake Worlds

Human civilization has always been a virtual reality.  At the onset of culture, which was propagated through the proto-media of cave painting, the talking drum, music, fetish art making, oral tradition and the like, Homo sapiens began a march into cultural virtual realities, a march that would span the entirety of the human enterprise.  We don’t often think of cultures as virtual realities, but there is no more apt descriptor for our widely diverse sociological organizations and interpretations than the metaphor of the “virtual reality.”  Indeed, the virtual reality metaphor encompasses the complete human project.

Is This the Real Life?