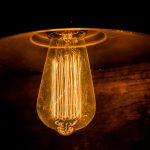 Phil and Stephen discuss why ideas are becoming more valuable, along with other news from the future.

The Senate on Thursday passed by unanimous consent a measure designed to make it easier for terminally ill patients to get access to experimental treatments without oversight from the Food and Drug Administration.

When treating mice with an NAD+ ‘booster’ called NMN  , studies showed improvement in the cells’ ability to repair the damaged DNA.

“This is the closest we are to a safe and effective anti-ageing drug that’s perhaps only three to five years away from being on the market if the trials go well. In the study,  cells of old mice were indistinguishable from the young mice after just one week of treatment,” said lead author Professor David Sinclair.