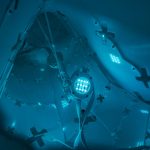 Phil and Stephen discuss the good-new / bad-news of the robotics revolution.

Our Minds Have Been Hijacked by Our Phones. Tristan Harris Wants to Rescue Them

Harris is a former product manager at Google who has gone viral repeatedly by critiquing the way that the big platforms—Apple, Facebook, Google, YouTube, Snapchat, Twitter, Instagram—suck us into their products and take time that, in retrospect, we may wish we did not give.

Silicon Valley luminaries are busily preparing for when robots take over

Antonio is worried about where modern technology – especially the twin forces of automation and artificial intelligence – is taking us. He thinks it’s developing much faster than people outside Silicon Valley realize, and we’re on the cusp of another industrial revolution that will rip through the economy and destroy millions of jobs.

The New Bobiverse book is out

Stephen saw Valerian and thinks its better than the critics are letting on.

Photo by Adrien Milcent on Unsplash