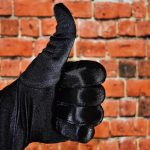 Phil and Stephen check in on some positive future-related stories that we’ve been tracking for a while now.

Good News, Despite What You’ve Heard

Just since 1990, more than 100 million children’s lives have been saved through vaccinations and improved nutrition and medical care.

Every day, another 250,000 people graduate from extreme poverty, according to World Bank figures.

“I think fusion energy on the grid by 2030 is certainly within reach by this point,” Marmar said. “2030 is probably aggressive, but I don’t think it’s wildly out of range.”

Forget the Blood of Teens. This Pill Promises to Extend Life for a Nickel a Pop

The drug in question, metformin, costs about five cents a pill.

Metformin-takers tended to be healthier in all sorts of ways. They lived longer and had fewer cardiovascular events, and in at least some studies they were less likely to suffer from dementia and Alzheimer’s.

Planet of the Apes — Whatever Happened to the Fun Apocalypse?

Grail games — You got to know when to hold ‘em and know when to…sell ‘em for a big pile of money.