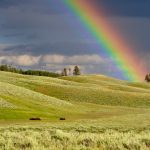 Phil, Stephen, and Michael D. discuss future-facing news stories that are (almost) too good to be true:

Who would have thought that study of a potato virus would lead to a treatment for Alzheimer’s Disease?

The future is less knowable today than ever. Human creativity is both the cause of this, and how to deal with this. Here is the Sir Ken Robinson TED Talk

Anything (gross) can be turned into oil.

Tweaking the gene for ear hair can improve hearing for many with hearing loss.

Cloud computing — it no longer matters what Internet-based machine the user is operating.

Cat lost for 9 years is returned to the owner because of a embedded microchip.

Success for the Large Hadron Collider.