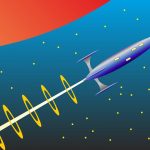 PJ Manney joins Phil and Stephen for a special Fourth of July edition of the World Transformed.

The Declaration of Singularity

PJ’s contribution to Visions for a World Transformed, “Only Connect.”

A History of the 20th Century, with Illustrations

Where have optimism and good will and, yes, empathy gone?