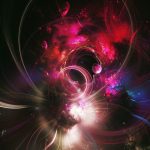 Phil and Stephen explore the wonderful world of memetics.

If our world is increasingly made of data, is it possible to overestimate the importance of these sticky, self-reproducing ideas?

The future is made out of our ideas about the future (our memes), our actions now, and how those actions interact with the world within the context of the current state of technology.

Memes: the lifeblood of politics

The chain letter– bait, a hook, and even negative consequences for not passing it on.

How Phil got so “infected by memes” at a Foresight Nanotech Vision weekend that he started the Speculist.

Aubrey de Grey: radical life extension is a meme that will save millions of lives.