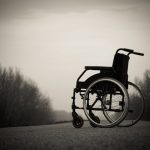 A Chinese experiment is now on the International Space Station (ISS), having reached the orbiting lab Monday (June 5) aboard a SpaceX Dragon cargo spacecraft.
____

Superantibiotic is 25,000 times more potent than its predecessor

The world’s last line of defense against disease-causing bacteria just got a new warrior: vancomycin 3.0. Its predecessor—vancomycin 1.0—has been used since 1958 to combat dangerous infections like methicillin-resistant Staphylococcus aureus. But as the rise of resistant bacteria has blunted its effectiveness, scientists have engineered more potent versions of the drug—vancomycin 2.0. Now, version 3.0 has a unique three-pronged approach to killing bacteria that could give doctors a powerful new weapon against drug-resistant bacteria and help researchers engineer more durable antibiotics.
____

In Switzerland, a giant new machine is sucking carbon directly from the air

The world’s first commercial plant for capturing carbon dioxide directly from the air opened yesterday, refueling a debate about whether the technology can truly play a significant role in removing greenhouse gases already in the atmosphere.

A British scientist could have made one of the most important medical breakthroughs of recent years.