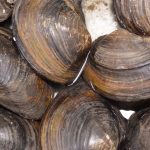 The Billion Oyster Project (BOP) is a long-term, large-scale plan to restore one billion live oysters to New York Harbor over the next twenty years and in the process train thousands of young people in New York City to care for their marine environment.

Physicists have come up with what they claim is a mathematical model of a theoretical “time machine” – a box that can move backwards and forwards through time and space.

The trick, they say, is to use the curvature of space-time in the Universe to bend time into a circle for hypothetical passengers sitting in the box, and that circle allows them to skip into the future and the past.

Google is super secretive about its anti-aging research. No one knows why.

Researchers are puzzled by Calico’s stealthiness and say it’s not good for science.

I asked everyone I could about Calico — and quickly learned that it’s an impenetrable fortress. Among the little more than a dozen press releases Calico has put out, there were only broad descriptions of collaborations with outside labs and pharmaceutical companies — most of them focused on that overwhelmingly vague mission of researching aging and associated diseases. The media contacts there didn’t so much as respond to multiple requests for interviews.