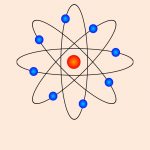 Phil, Stephen, and Michael D discuss controlling quantum states of electrons for computing and other breakthroughs.

Researchers have controlled the position of a single electron in a silicon circuit.

An international team of researchers has shown that it can control the quantum state of a single electron in a silicon transistor–even putting the electron in two places at once. Their discovery could help pave the way toward a practical quantum computer.
The Washington Post interview with President and CEO of TVPredictions.com Phillip Swan about the HD/DVD war. Part of what they got into was the fact that standard DVD’s can be made to look better with the right equipment.

The hybrid bridge to all-electric vehicles

The chairman of Tesla Motor Company, Elon Musk, argues that hybrids are not the future – all-electric is where we’re going. Your hosts agreed that electric car problems of range, refuel time, and infrastructure will be solved during the transitional hybrid era. They also agreed that this could be a relatively short bridge – a decade or so – to an all-electric transport era.

Plus a review of the Dark Knight!