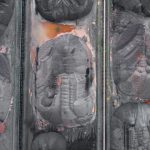 Phil and Stephen explore hidden mysteries that may change our understanding of the history and our place in the universe.

Lifeforms which have been living inside crystals for up to 60,000 years have been revived by NASA, raising hopes that alien organisms could be found in extreme environments on other planets.

Magicians of the Gods

The evidence revealed in this book shows beyond reasonable doubt that an advanced civilization that flourished during the Ice Age was destroyed in the global cataclysms between 12,800 and 11,600 years ago.

When first studying partially interacting dark matter, I was astonished to find that practically no one had considered the potential fallacy—and hubris—of assuming that only ordinary matter exhibits a diversity of particle types and interactions. A few physicists had tried to analyze models, such as “mirror dark matter,” which features dark matter that mimics everything about ordinary matter. But exemplars such as this one were rather specific and exotic. Their implications were difficult to reconcile with everything we know.