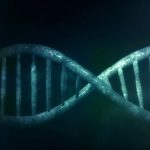 CRISPR and the Dawn of the New Biotech Revolution

CRISPR genome editing will transform biotechnology and our lives in the next decade making possible (and cheap*) all kinds of new cures, new crops, new livestock, new industrial processes, and new ways to manage the environmental commons.

With regard to new cures, researchers at the Lewis Katz School of Medicine at Temple University and the University of Pittsburgh have just published results in which they used CRISPR to almost entirely eliminate HIV, the virus that causes AIDS, from living experimental animals.

Even though the virus starts as a simple infection, once it becomes part of a person’s chromosome, it essentially becomes a genetic disease. Imagine a world where, instead of removing her breasts, Angelina Jolie could instead have taken a dose of genes that snip away the BRCA2 genes that threatened her with cancer. That’s the difference between a treatment and a cure.